A tailor made training and consultancy service 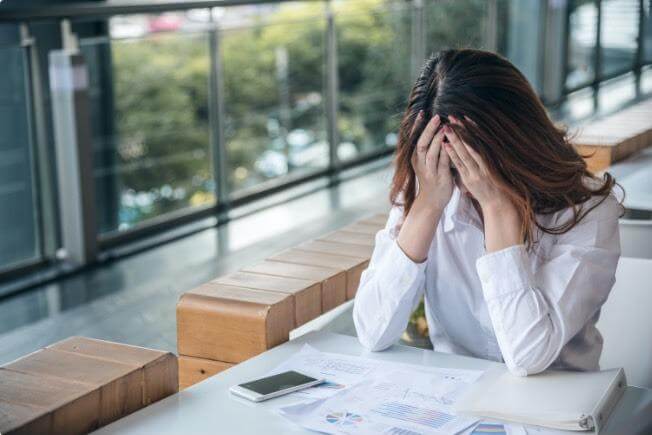 Performance anxiety in the workplace

Paul worked as an engineer in a large manufacturing company. His previous role was very technical and task orientated. He had an excellent work history and had received very positive personal development reviews over the last 4 years. The management team had recognised his potential for promotion into a project development role and he was successful at interview. Soon after his promotion he became anxious and found himself struggling with his sleep pattern and general performance at work. He began to worry whether he was able to cope at work and started losing his confidence.

Paul recently achieved promotion at work and although very positive about this he was aware that as part of his new role he would need to facilitate regular presentations to the senior management team. He found himself becoming increasingly anxious and each presentation was becoming more difficult for him to undertake.

Paul was experiencing anxiety due to a change in his role. He had only ever facilitated presentations on rare occasions to small teams and now was having to present regular updates on power point slides to senior management. The night prior to each presentation he struggled to sleep and it took him 3-4 hours to get off to sleep. He experienced palpitations, stomach churning and tight chest and noted his symptoms were getting worse. He would sit up until the early hours of the morning for 4-5 nights prior to presenting to ensure all was correct and accurate and would be sitting in the presentation room at least an hour before presenting to ensure all was right.

After 4 sessions of CBT, Paul reported a significant reduction in his anxiety

He experienced severe negative thoughts over his ability to cope especially when he was sitting in the room prior to presenting to the management team. He described thoughts including they won’t like it& they will think I can’t do my job so might be sacked. I would lose my house & I would not be able to support my family. Over the weeks these thoughts had got worse and his physical symptoms increased. He was considering changing his job or asking to be demoted to his previous level/role.

He saw a cognitive behavioural psychotherapist for an assessment from Working Minds UK. The therapy identified a number of areas to be focused on.

The CBT therapist ensured Paul read the PDF (see Self Help PDF section) on anxiety. The therapist carefully educated Paul on the nature and symptoms of anxiety to remove his threat with regards to his health e.g. "I will have a heart attack". Paul realised that his perceived threat was actually maintaining and even increasing anxiety and the therapist applied a cognitive approach to help Paul re-evaluate his thought patterns, explore the evidence for some of his thoughts e.g. losing his house, job and family!. He was able to begin to think more realistically of the consequence of the management team disagreeing with his presentation. The therapist also set him "homework" (this is paramount in CBT) to remove the overcompensation behaviours including 1) sitting up late at night prior to presenting. 2) Sitting in the room for an hour prior to the presentation.
He understood that although he initially thought these behaviours would ensure he was "safe" and his job was "safe" they were ACTUALLY MAINTAINING his anxiety due to causing poor sleep and not allowing him to LEARN HE CAN COPE.

Finally, the therapist encouraged Paul to seek regular feedback from the management team and also seek managerial supervision (this was something he had never needed to do before).

After 4 sessions of CBT, Paul reported a significant reduction in his anxiety. He was no longer experiencing palpitations or tightness of his chest. He was thinking more rationally and had recognised that in his experience NO-ONE had ever lost their job following presentations to the senior management team and in fact, they were always happy with his presentations even if they did disagree with items, as it was a good opportunity to discuss issues. He received regular monthly managerial supervision.

He had stopped sitting up late at home planning and checking his work and arrived for the meetings about 15 minutes before presenting. His sleep pattern was stable and he noted he was less irritable at work and at home. His confidence had increased and he was no longer considering leaving his job or demotion.

We are very happy to meet with you and discuss your requirements to ensure our service provides for your needs. We are also able to present your package prior to delivery to ensure you are happy with the service if this is required. Please complete the appointment form below and we will be in touch shortly.